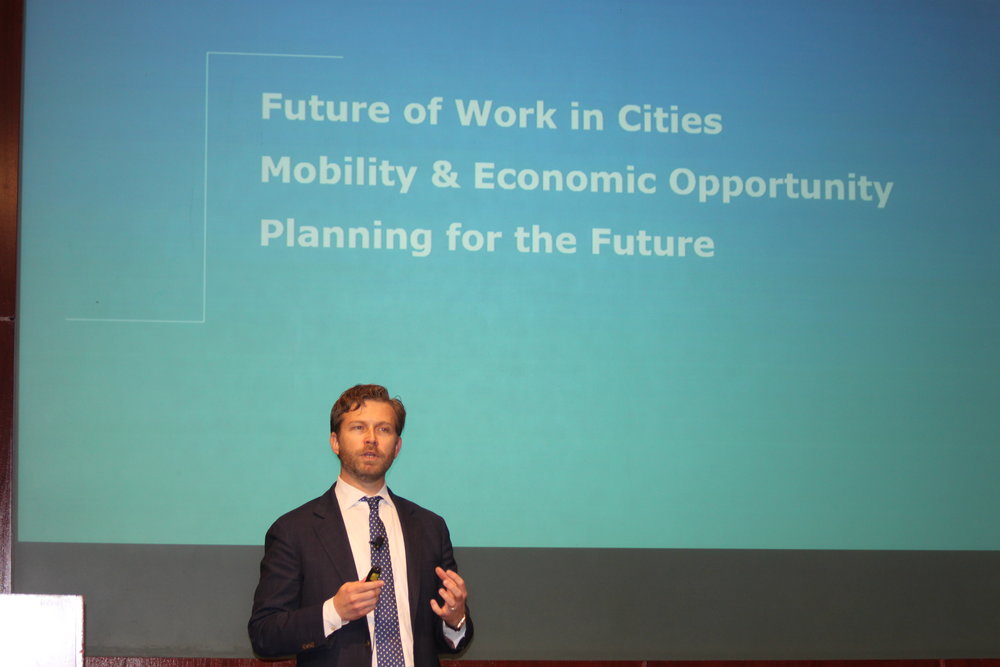 Metro Atlanta Mayors Association (MAMA) kicked off the month of December 2017 with The Future of Work in Cities luncheon at Georgia Power’s corporate headquarters in downtown Atlanta. The event was sponsored by Georgia Power, The Home Depot, Turnipseed Engineers, and ThingTech.

Last month, voters around the country gathered at the polls to decide who their next mayor would be. So, this mayor’s luncheon was a bittersweet affair, because those leaving office would also be leaving the association, returning to their lives as private citizens. Each mayor was thanked for their years of service during the event. Following open remarks by Eric Clarkson, Mayor of Chamblee, Georgia, the mayors were introduced to the event sponsors.

The theme of the MAMA luncheon was mobility. National League of Cities’ executive, Brooks Rainwater, delivered a keynote on The Future of Work in Cities. His presentation featured research that revealed urbanites want improvements in transportation infrastructure, mass transit, the economy and workforce development. D

The luncheon ended with questions raised about transit governance and funding for the plan to expand MARTA into a regional system that reaches into Cobb, Gwinnett and Clayton counties. It was unclear how the MARTA expansion would be managed.

Changing the future happens today. Contact us anytime to discuss your smart cities projects, or to schedule a free demo.

YOU CAN FIND US AT: